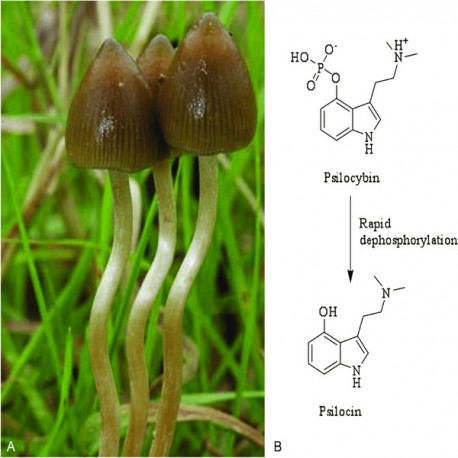 Psilocybe semilanceata is most commonly found in England and Ireland. The etymology of the name comes from “semi” and “lanceata”, meaning “half” and “spear-shaped” respectively. The name is very descriptive of the mushroom as the mushrooms literally look like spears.

This species of psilocybe was first recorded in 1838 by Elias Magnus Fries, the great Swedish mycologist. A mycologist is someone whom studies mushrooms and fungi.

How would you know to identify this magical healer? In raw form the cap ranges between 0.5 and 2cm in diameter and are cream-coloured. They also have a very distinct nipple on the top. The next prominent feature are the gills that are olive-grey in colour and turn purple-black if the spores bruise or once they mature. If you end up hunting for these, do so in the Fall between September and December… or alternatively, buy them from a trusted source like our market.

Another fun fact is that Liberty Caps are the only mushroom in the Netherlands that contain psilocybin.

The effects can be best desrcibed as very friendly. Whether you take them in a microdose or a recreational dose you’ll be getting varying intensities of friendliness. A stronger dose means more chatting, joy, and uncontrollable laughter. A smaller dose means mental clarity, joy, and social. Perfect for a variety of scenarios.

Commonly known as the “Liberty Cap” within the North American community and it is most commonly found in Europe. In Europe it is referred to as THE magic mushroom.